The Divine Call Of God On Business Owners That Demands A Serious Rethinking Of How We Do Life, Business, Missions & More 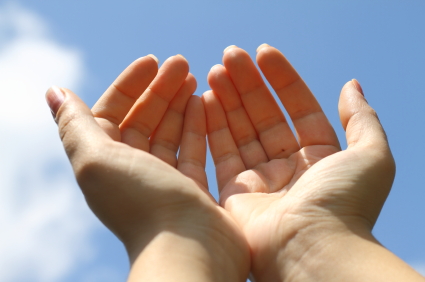 The Divine Call Of God On Business Owners That Demands A Serious Rethinking Of How We Do Life, Business, Missions & More

It is my personal belief that each human being is divinely given a gift for their generation and for the time that they are born on the earth.

Each person has a unique ability, talent and gifting that was given by the Creator of the Universe so that we might all benefit. Ponder for a moment what millions of gifts God released into the earth but were aborted, thwarted, beaten out of people or even suppressed by a ‘typical societal practice’ such as education, parenting, and the like.

We live in a world where it has become normal for kids to raise themselves, for teens to be pregnant, for Mommies to leave the parenting of their children to the television and for Dads to relinquish their roles as provider, protector and leader to anyone who might just take it off their hands.

As a business person and one who stands boldly in the marketplace with a story that is shocking ….. raised in a very dysfunctional home, gang-raped in my 20s, kicked out of churches, filled with self-hatred, doubt and fear… and the story does go on for pages and pages….until we see a NEW me created by God…. I am reminded afresh by the lives that we connect with online and offline, that God is at work through business.

My friends, you will not find God ever ever separating or segregating what you DO from WHO you are.

A religious spirit has crept in unawares and has begun to make people strive in their work to prove WHO they were ….but then later demanded that who they were die so that they could WALK AWAY from it all to DO ‘greater things.’  Unfortunately, lovers of God oftentimes find themselves in this delusion that to DO a great work God means GO to the mission field, abandon your work, fly to another country and live in a tent.

We have many charities and organizations we fund and partner with here at A Real Change International, LLC and give a large portion of our earnings to such worthy causes, but the point I want to make today is this….

God did not call everyone to leave their job so that they could do a greater work on a mission field or in a church or synagogue or temple. God designed YOU my friends so that you would use your GIFTING and that the world would be impacted.

Some of you have been CALLED by God to business.

This calling is no different than the missionary who leaves home and security and walks through the streets of a brothel rescuing slaves. It’s also no less CHALLENGING. Many people will walk away from the inner turmoil of being called to business to BECOME a missionary because they can’t HANDLE the accusation and rejection that arises when they begin to make a lot of money. Ironically, both callings have enormous challenges. One is not easier than the other.

Then there is this other ridiculous belief about money….  Lest one should think that the only reason God has called or wired some to make a lot of money is so that they can give it away to the cause and work of missions, think again! To give to others is a part of the positioning all of us should live in. The measure of your prosperity is defined by your generosity. But what God has called us to is SO MUCH BIGGER than that.

Take RG LeTourneau, for example. He was a simple man with a relentless love for God. God Himself gave divine downloads to this man to create the very first earthmoving machinery. This invention was not only a mighty move of God, no less than a mighty move of God on a mission field, it was one that changed lives FOREVER.

In 1902 RG LEFT SCHOOL with the blessing and concern of his parents. Imagine if parents let their kids fly with concern…. but with blessing. He moved to a new state to be an apprentice of someone who would impact his life. Robert Gilmour LeTourneau changed the way we do life and business.

With his passion and his invention he created thousands of jobs and created a shift in the economy.

Imagine if he was taught that to be a lover of God one must not seek big inventions, large companies and shun the traditional path of education and was told to become a pastor or a missionary. We might not have earth movers today.

The Mathews Bow was also created as a divine download from God and a series of numbers and calculations to a simple man with creativity and the ability to think outside the box.

Today, Mathews, Inc is the largest manufacturer of bows in the entire world!

The company philosophy in business was and still is today, “People first, business second.” The crossbow bow changed the industry forever. The Genesis bow serves children in a way that is hard to compete against. Imagine.. if the owner was told that it was a selfish pursuit to chase this dream of bows and he should just become a speaker in a missions organization. God had prepared the world as his mission field and bows were his tool.

Each one of us is given a gift from God.

What we do with that gift is up to us. God does not force anyone. He expects us to use it. If we don’t use it or grow it, sadly, the world suffers. My personal conviction is if we use it to bring glory to Him, we are of all people most blessed.

Get really good at it.

Making $40,000 or making $400,000 million is a calling! It’s not the amount that you make that matters, it’s using the TALENT that God gave to the ability and capacity that He also gave. To each of us He gives abilities. Don’t get caught in comparing yourself or measuring your ability with the standard or the norm. God’s gifts usually outpace and outmeasure what is normal.  Comparing yourself with everyone else is NOT a good measuring stick!

The issue is, what have you been called to?

If you are called to business, here are a few key factors in life you must master-

#1- Do not answer your critics.

Of all the great names in the world which include but are not limited to Benjamin Franklin, Louis Pasteur, Beethoven, Steve Jobs, Bill Gates, Anne Catherine Hoof Green, Oprah, Alexander Graham Bell, Lettie Pate Whitehead, the Wright Brothers and all the other “thought to be crazy” inventors who have changed our world, they all mastered one thing. They learned to not answer their critics. Just a side note, most of their critics were very close to them in relationship.

#2- Learn to not even listen to your critics.

Your critics reveal much of their own weakness. To listen to them will be a toxic force to your dream. This doesn’t mean you shun society and live in a cave, but you have to have the courage of a David in the face of a Goliath and know WHO you are and WHOSE you are in the face of your critics. Learn to be tone deaf to the negativity that exists.

#3- Quit trying to make yourself look so smart.

God oftentimes chooses the runt of the litter so to speak, the most unlikely of suspects. My personal conviction is it’s because He looks so good when He does. He rarely calls the able, but He always enables those He calls. This is why most who are called attract critics and must learn the first two keys above. Rather than trying to look so smart all the time, seek to create the result in the world God designed you uniquely for. Lift your head up and let GOD show Himself through what you do in business.

#4- Allow yourself to think different, be different and don’t allow anyone to medicate, meditate or beat it out of you!

If you are going to change the world or create things that have never been done before, you are NOT going to be the status quo or the average Joe or Jane. YOU WILL be different. It’s important that you position around you mentors, supporters and those who will cheer you on, because even though it can be a long challenging road at times, and darkness can enter in as well as depression, self doubt, fear and anxiety, to NOT answer the call is a far greater tragedy.

There is LIGHT at the end of every pressed-through tunnel and you my friend must start to push through yours.

Where are the World Changers who not only give but create?!!

Where are you, Champions of this world?  Why must you continue to hide when God has called you to fly?

The world needs YOU to step up.

What will your response be to the call of God in business?  Please comment below and I promise to read every single one! 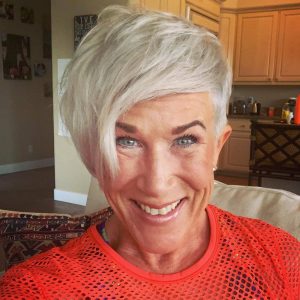